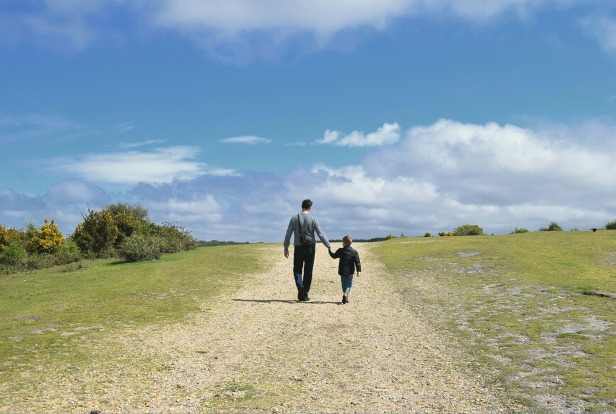 ‘Dad, what is this human nature that you keep talking about with your friends?’, asked the 7-year old, curiously waiting for an answer.

Instead of giving an answer to his question,

‘I will take you to a place you will enjoy a lot today.’, said the dad.

The kid forgot about his original question. Rather, he started asking about the place. Was it a playground? Was it similar to Disneyland? Did it have ice-cream?

From what the kid gathered from his dad’s words. it did not look like a playground nor like Disneyland. He was not even sure if this place was for kids like him.

The kid did not like the idea much, but he agreed to go because he wanted to spend time with his dad.

And they did all that day. Just once.

Sitting on his chair and drinking his coffee, the man looked back on that day now.

But the run-down afterwards, that was really scary. He could not control himself. He just kept falling. He wanted to hold onto his dad, but his dad was also falling. He was on his own here, and he felt unprotected. Insecure. He wanted this to be done already.

So, when they jumped into the lake, he felt relieved. The fall was over. What else could he ask for?

Only that the bottom of the lake turned out to be the worst part of the whole day. He could not breathe well. He felt suffocated. He could also not see properly because he was too afraid to open his eyes. But even when he did, there was not even one single fish around. It was bare. He wanted to get out as soon as possible. It was not worth the effort for this plain place.

Seeing him struggle, his dad helped him get out of the lake. Then, they started walking. The walk was nice and calm. It felt really good after the horrible time in the lake.

But he was so exhausted from all of this that he could not reach the bottom of the hill. He fell on the ground half way to the hill, not being able to stand up again. He just laid on the ground until his dad came to rescue him.

‘Dad, that was hard’, he said, as his dad lifted him in his arms.

Then, he went back home in his dad’s arms. It felt nice. It felt like peace.

The man realized the wisdom of his dad once more. He had actually given the answer to his question that day.

He just was not receptive to it, until today.

You can find this short story and others here