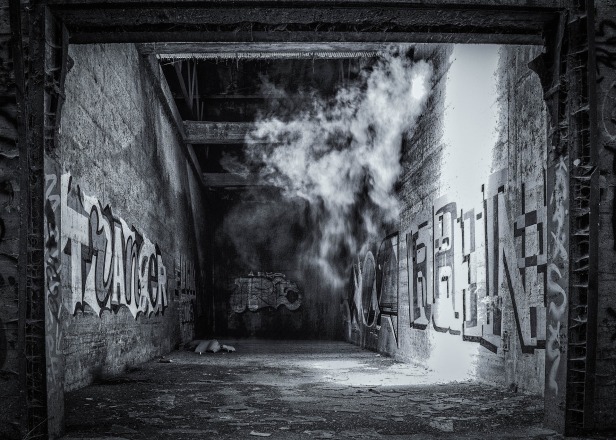 She felt something on her feet. As if someone was tickling her.

She looked down. Was that an insect or something?

She could not believe what she saw.

Her feet were slowly turning into dust.

She panicked. She started shouting, but damn it, there was no one home. No one heard her.

She wanted to reach out to her phone to call 911. But she had left her phone in the other room.

And now she could not walk anymore. Her feet were all dust and it was reaching her legs.

Soon, all of her body had turned into dust and the dust had spread into emptiness in random directions. She was swiped away from the face of the earth. She did not have existence anymore.

All she could feel now was that she was just hovering in some unknown place. Was this the afterworld they were talking about? Or some other earth that she somehow found a way to get to?

She felt emptiness. As if nothing existed. Including herself.

She stayed in this empty place, with empty feelings, for God knows how long.

One day, she felt she had enough of it. She wanted to exist.

As she opened her eyes in her room, she checked her feet to see if they were ok. They were and she felt relieved.

She thought she deserved another piece of the cake she was eating. This had been hard imagination. Maybe because it was so real.

11 thoughts on “Lost into Dust”