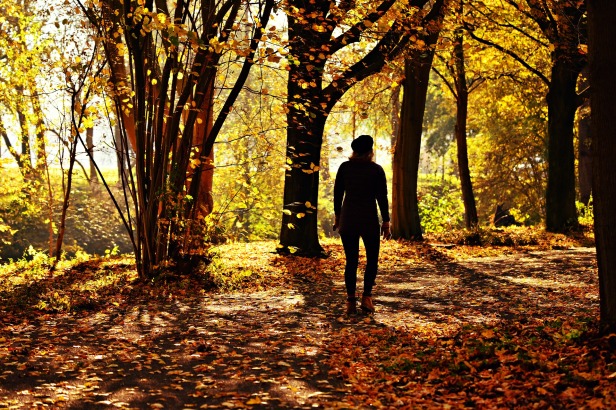 It had been a few months since she moved to this strange country. Work reasons. She was initially excited, of course, because she had always liked learning about new things. Or so she thought. Seeing herself struggle to adapt when she moved to this country, she started doubting that perception of herself. She was suffering because she had left her family and friends back in her country. The grocery store she frequented. The park she walked in. The habits she had formed all her life. Now they seemed to have disappeared into distance.

She sighed deeply as she took another sip from her coffee, sitting on the couch in her new home. Now, she would have had her mom around here. Her father would come from work soon. Her brother would run around and make her angry. She saw none of these happening. It was total silence here.

She did not want to feel this lonely at the moment. So she quickly dressed up and walked to the park in the neighborhood. She had made it a habit to walk to and in the park whenever she felt lonely. She liked seeing people just relaxing and having fun. At least, she was able to hear people here.

Since it was almost evening when she got out, she stayed into the dark times of the day. She sat on the grass and just watched. Soon sitting became lying. She watched the sky as she lied down on the ground. She noticed the stars. Shiny and beautiful. There was one that was especially so. She focused on that one.

Her mind had a flashback to a time in her childhood, when she played with her best friend in the park in her country and laid down after getting tired.

‘Look at this star! How shiny!’, she heard her friend saying and saw herself looking at the star her friend was pointing to.

‘Isn’t it beautiful?’, said a voice now. She looked at the direction the voice was coming from.

As unbelievable as it is, it was her childhood friend. She had not contacted her in years and now there she was. In flesh in front of her eyes. In the least expected time, when she felt she was away from everyone.

Maybe we were never away after all. All we needed was to be under the same stars. Then we would always be close.

29 thoughts on “Never Away”