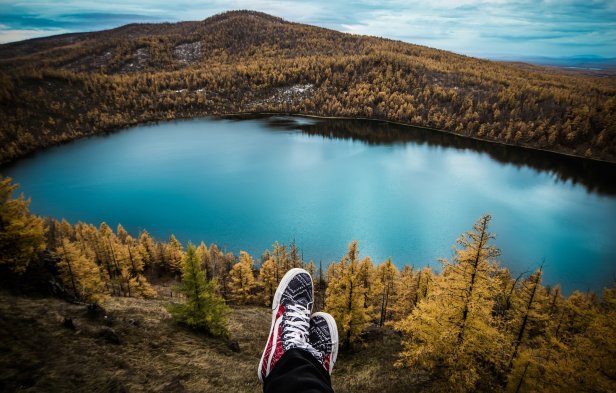 This lake had witnessed many experiences she had gone through. All the good and bad memories. She had the habit of sharing everything with this lake.

She had come here one day, crying. She had lost all her hopes in herself. She had failed miserably. All those years of study now seemed gone in vain in her eyes. She hoped for a miracle to happen at that moment but nothing happened. She told the lake about all these.

Exactly one year after that day, she came back to the lake. Laughing this time. She told the lake that she had got what she lost last year. She had also lost one year in between but that was ok. She said these to the lake. The lake seemed brighter than it usually did. She took this as a sign that the lake was celebrating with her.

One day, she felt melancholic and went to talk to the lake. She just sat and watched the lake. The lake was looking at her too. It understood her. She knew that. She did not feel melancholic when she was by the lake. ‘If melancholy happens because of the sense of not belonging, I belong with you, lake’. She could see the lake nodding. It was as if it was saying ‘Yes, girl, you belong with me.’

Today, she had come to visit the lake after a few years. She had found a job far away, so she could not come here anymore. Today, she had driven all the way from her current city. She wanted to refresh her sense of belonging and needed someone to talk to. She could not think of anyone better than the lake to do that. The lake was her best friend and would remain so until she died.