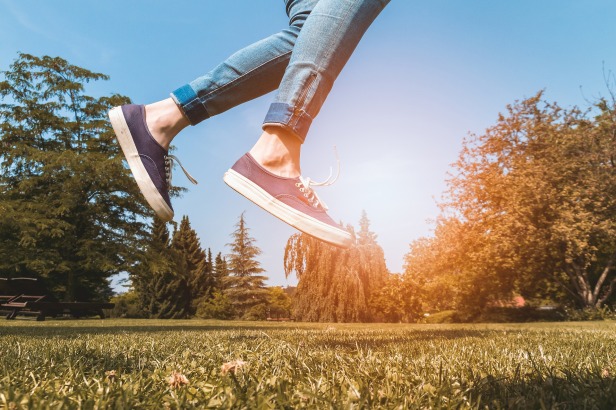 Suddenly, she wanted to be buried in the ground under this park. The park where she would always walk, it seemed gloomy today. It did not have its usual happy atmosphere. Yes, children were playing and laughing, but somehow it all seemed fake. Everything seemed temporary. So, she wanted to be buried at that moment. Maybe then, she would escape all.

She started walking faster, as if that would help her burial. She was now walking so fast that she almost felt she was flying. Oh, yes, she WAS flying. Her head was about to touch the sky. She saw the birds. The clouds. Even the planes. She looked down and saw the park she was just walking at. Were the children still laughing? Here, nothing stayed. The birds passed her. The planes were out of sight. The clouds were diminishing. Here, it all seemed even more fake and temporary. Something in her told her: maybe you were better off down there. She wanted to go down.

She did. She brought that feeling with her, though. Everything still seemed fake and temporary. Yes, children were still playing and laughing, and it still seemed fake. She could not be buried now. But maybe, if she closed her eyes, that would work. So, she stopped walking and closed her eyes. This was better. But why would those children not laugh more silently?

8 thoughts on “Down and Up”